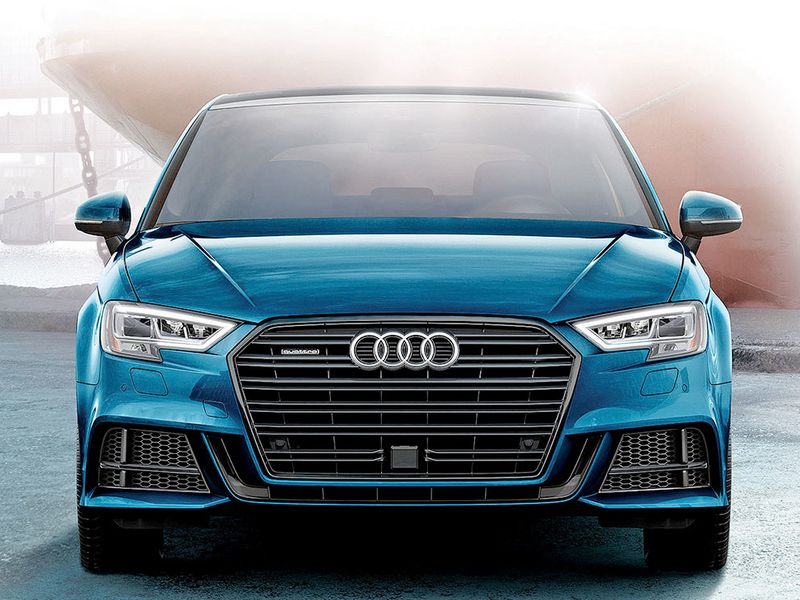 A3/S3/RS 3: The redesigned 2021 A3 sedan’s U.S. arrival was delayed by the COVID-19 outbreak and related production shutdowns. The sedan and its derivatives debuted this summer in Europe but won’t be in North America until the second half of 2021. The A3’s wheelbase is unchanged, but the car is slightly longer, wider and taller than the current model, and driver headroom is improved. The cockpit has been completely redesigned, dominated by a 10.25-inch configurable digital instrument cluster and a 10.1-inch touch screen now embedded in the instrument panel instead of riding atop the dashboard.

with awd now standard. It is due for a redesign in 2023, based on the Audi product cycle.

A6/S6: A freshened Audi A6 midsize sedan lineup is due to arrive in the U.S. in 2022 and is likely to feature upgraded driver-assistance technologies as well as improved infotainment offerings, along with styling changes. A mild-hybrid system is also expected.

A7/S7/RS 7: Like the A6, Audi’s fastback sedan is expected to be freshened in 2022, given the brand’s product schedule. Look for the addition of a mild-hybrid system as well as improved driver-assistance and infotainment offerings to go along with tweaked styling.

A8/S8: A freshened A8 sedan is due to arrive in the U.S. in the second half of 2021. Look for the flagship to add a mild-hybrid system to improve power and fuel economy and to update to the latest infotainment system. However, the brand has backed off plans to push the A8’s Level 3 autonomous driving capabilities in the U.S., given the fractured regulatory environment here.

TT/TTS/TT RS: The two-seat sport coupe and its derivatives are living on borrowed time, given the costs of electrification in Ingolstadt, Germany. The TT was freshened last year, and the name is likely, though not certain, to live on in a redesign in 2024 that could see the diminutive coupe become a high-performance BEV.

R8: The current V-10-powered supercar is probably on its final ride after a 2019 freshening, at least in its current form. Like the TT, the R8 name is likely to survive, but the powertrain may morph into something else with a redesign in 2024.

Q3: A freshening of the compact crossover is due to arrive in the U.S. in 2023, and it is likely to include the addition of a mild-hybrid system, given the brand’s ambitions to electrify most of the models across its lineup.